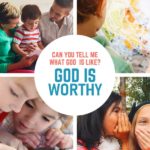 AGE GROUP: elementary (ages 6-11)TIME REQUIRED: 45 minutes This is lesson 19 of 42 in our study on the Attributes of God called “Can you tell me what God is like?” Visit the series index to view all the lessons and get more ideas for using this curriculum in your children’s ministry. LESSON 19: GOD IS […]

After defeating Goliath, David become a part of the king’s court. Everyone grew to love David which caused King Saul to become more and more jealous. Even though God had anointed David as King, Saul was not quick to give up his crown. He sought to kill David so that he could remain king. Jonathan, […] 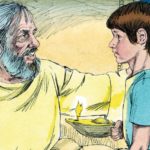 God hears Hannah’s prayer in 1 Samuel 1:9-20 This free Sunday School lesson helps students discover that in a world filled with sin’s darkness God’s light shines through the lives of people who love and obey Him.  This lesson was created for older elementary students but can be modified for any age group. We have […]

God hears Hannah’s prayer in 1 Samuel 1:9-20 Use this lesson plan to teach preschoolers and younger children about prayer. It’s based on the story where God answers Hannah’s prayer for a child. Please modify this Bible lesson to best fit your Sunday School class. We always welcome your comments and feedback. Don’t miss our […] 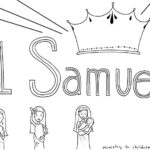 We created this free printable as a tool to help children learn about the first book of Samuel. You can also search our website and find lesson plans another ideas related to the story of Hannah. We are in the early stages of creating a coloring sheet for each book in the Bible. The project is just […]

We believe that children and parents benefit from a  strong Christian education program in the church. Every kids church ministry deserves the very best resources for teaching God’s Word, even when they don’t have the financial resources. That’s why we never charge for our curriculum or even ask for donations.

Read more of the story …

Copyright © 2007-2020 Ministry-to-Children. Please use our childrens ministry curriculum and Sunday School material for any purpose that brings honor to Jesus. We never charge or ask for donations.